The History of The United Church

The History of The United Church

Both Presbyterians and American Baptists have a long history in the Canandaigua area. The Presbyterian Church was organized in 1870, and the present sanctuary building was dedicated in 1872. The American Baptist Church has an even longer history, with three different church buildings having been erected–the first in 1835.

On December 13, 1942, the First Baptist Church of Canandaigua was totally destroyed by fire. The Baptists held services in various buildings around town for five years. The Presbyterian Church offered to have them worship jointly. The offer was accepted May 11, 1947. In 1961, the name was formally changed to The United Church (Presbyterian-American Baptist) of Canandaigua, New York. 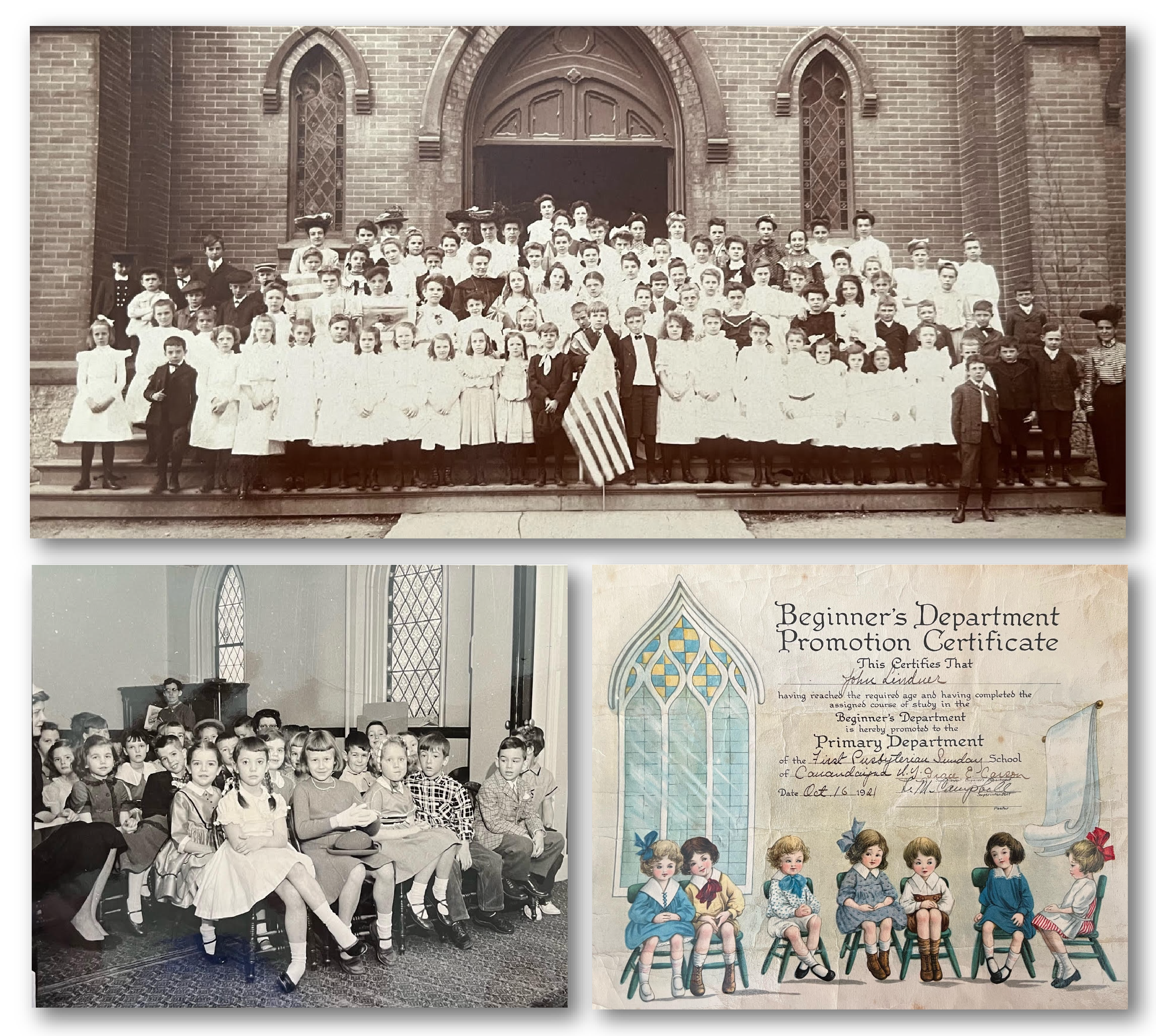 First Baptist Church in Canandaigua was founded in 1835. The church was located on Main Street until it burned in 1942.

First Presbyterian Church in Canandaigua was organized in 1870 and has worshiped at 11 Gibson Street for its entire history.

Baptists and Presbyterians joined together in 1947 and officially became The United Church in 1961.

Who We are at The United Church

The United Church is a strong community of Christians who seek to glorify God. Our mission is "That All Might Know Love and Follow The Lord Jesus Christ as Their Personal Lord and Savior" We seek to do this in a number of ways

We worship the Triune God in Spirit and Truth (John 4:24). Worship involves submitting ourselves to God as the Spirit empowers us.

Jesus sends his followers out on mission for God. We must carefully discern how God might call us to invite others into His Kingdom. (Luke 10:1-20, John 20:21)

As a Christian family, we must bear one another's burdens (Galatians 6:2). Walking alongside each other to meet spiritual and physical needs is at the center of who we are.